Hyper-visual dance performance about radical redistribution of our wealth

‘Belfiore creates strong images that make a lasting impression,’ Theaterkrant wrote in a four-star review. Perhaps that is an understatement, because the radical, alienating and transformative dance performances by Fernando Belfiore are, in all their hyper-visual eloquence, right into your face. With the playfulness of a disco bunny, but at the same time with a penetrating message about the environment and social inequality.

Brazilian choreographer Fernando Belfiore calls his work 'social sculptures': hallucinatory performances intended to make an impact. Or at least to throw the spectator off balance. He seeks out the extreme edges of our emotional spectrum; from ecstasy to discomfort, from irritation to contemplation.

For Belfiore, dance is not a succession of movements, but a series of sculptural – and often ritualistic – actions. In a mix of dance, visual art and theatre, the dance maker meanders between all possible references and images from 'high' and 'low' culture: mythology, religion, science fiction, cyberspace, queer culture, kitsch disco, and Coca-Cola and Apple. The soundscapes are equally eclectic: from techno to Europop to classical, shuffled into a delightfully irreverent megamix.

-|-
With all its baroque imaginative power, Belfiore's earlier performance The Fountain (Julidans, 2019) had a distinctly ecological message. Seven dancers in gold lamé, glitter and sequins indulged in a bacchanal with bottles of water that was as greedy as it was indifferent, while the stage gradually turned into a sea of plastic waste. In THE MARKET, Belfiore goes a step further and comes up with what he calls 'a radical solution to the capitalist catastrophe'.

THE MARKET delves into ecosocialism, a philosophical-political movement that argues that there are limits to economic growth. Ecosocialists look for alternatives to capitalist market forces and aim for a redistribution of our wealth. Western society as we know it is undergoing a major transformation.

Does art have the power to change our social reality? Belfiore thinks it does: "The performance aims not only to expose the raw truth, but also to be a haven where it is possible to put forward alternatives and new approaches to social thought and collective imagination. To create enchanting ideas and enjoyment of change."

-|-
Fernando Belfiore teaches movement research at the Academy of Theatre and Dance from which he graduated in 2011. Since his graduation, he has been artist-in-residence at Dansmakers Amsterdam and was a guest artist at ICK for two years. Belfiore was also one of ten artists invited to the Dutch Olympic Cultural Programme in Rio De Janeiro in 2016.

This project is supported by 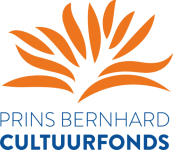